Al-Khaldiya Library: The House of Rare Books in the heart of the old City of Jerusalem 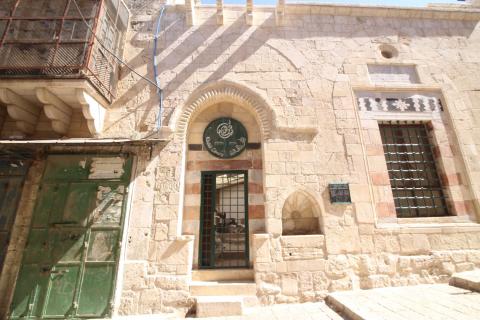 Al-Khaldiya Library: The House of Rare Books in the heart of the old City of Jerusalem

Al-Khalidiya Library, an ancient building that dates to the thirteenth century AD, is at the heart of the city of Jerusalem, one hundred meters away from Al-Aqsa Mosque in the “Bab Alsilsila” or Chain Gate area and overlooks the western wall and the Dung Gate or “Bab Al Magharbeh.” Throughout the years, its stones became witnesses to several successive rules starting from the Umayyad period, passing through the Ottoman period, and ending with the Israeli occupation. It is, which contains an enormous collection of ancient books as well as significant and exceptional manuscripts that were owned by Al-Khalidi Family. 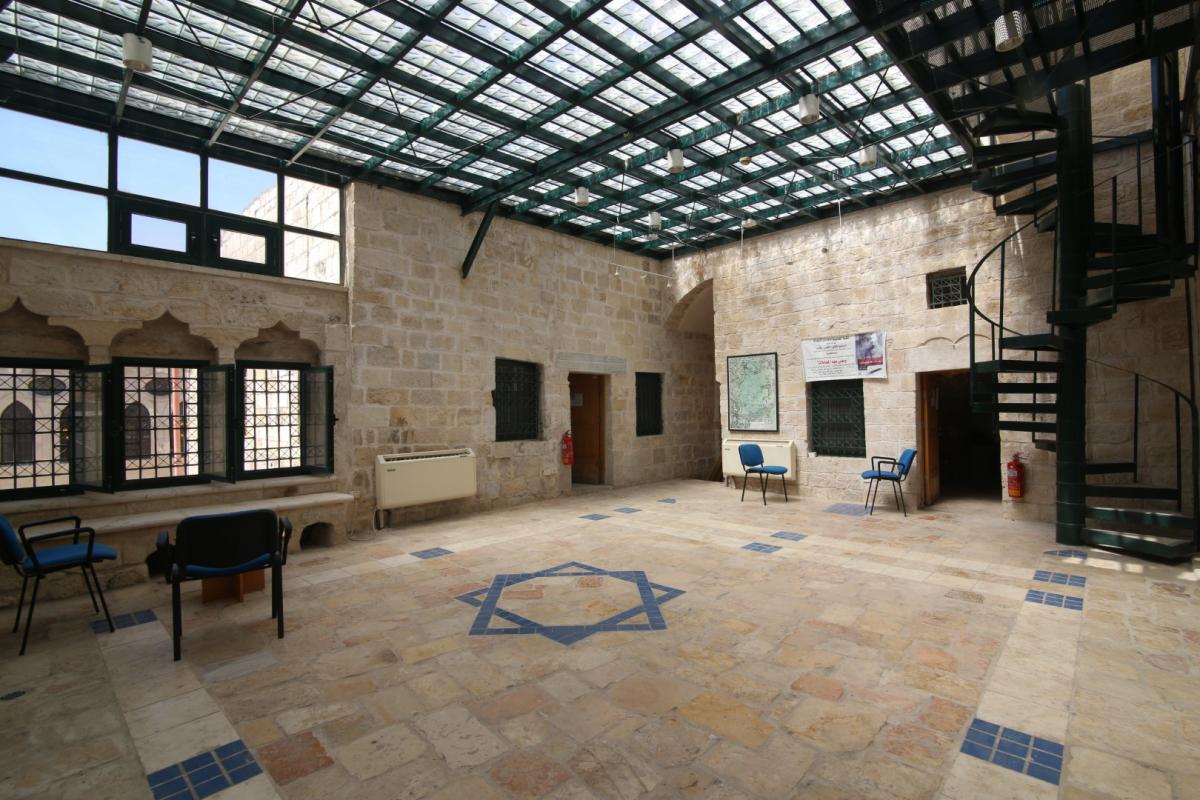 In the year of 1900, Haj Ragheb Al-Khalidi established the Khalidiya Library after he realized that the books are being distributed across the houses of Al-Khalidi family members and are being inherited. Thus, he established the library in order to bring all the collection together under one roof and in fear of its loss.

The library has 1209 manuscripts entailing about two thousand titles in various sciences, some of which are presented in colored ink and decorated with geometric motifs and shapes. Among these manuscripts are 200 rare Islamic manuscripts, according to Dr.  Assem Khalidi, a member of Al-Khalidi Endowment committee. 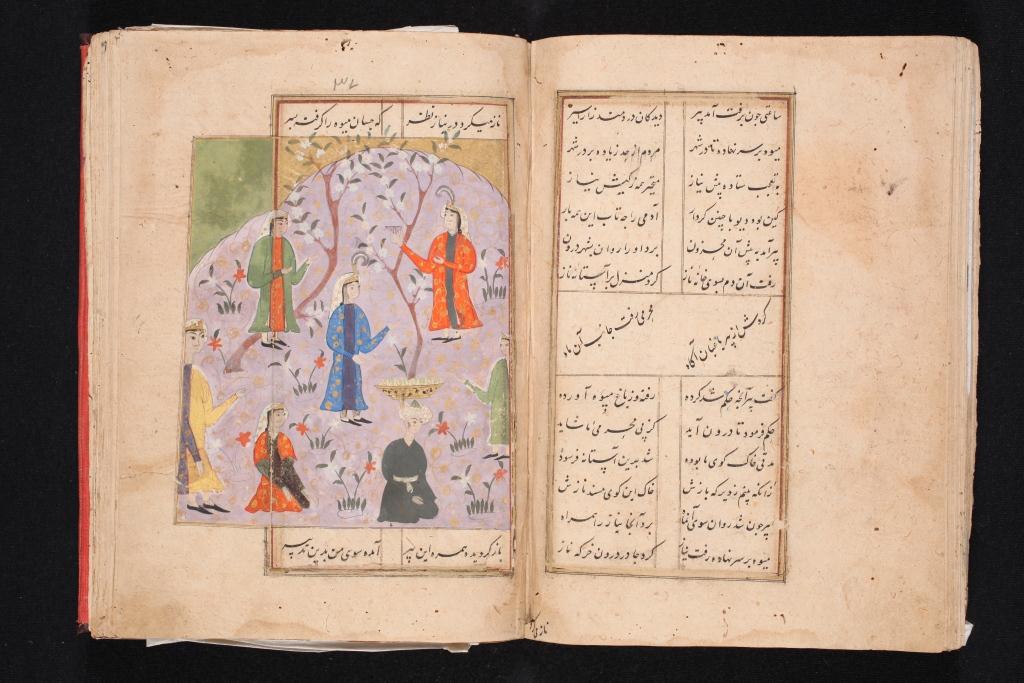 One of these rare manuscripts is “Abundance of commendation, parterre of pride and influence of the characteristics of Al-Nasser the king”. The manuscript is over 800 years old, in particular, a few years post the death of Salah Al-Deen Al-Ayyoubi in 1193.

This cultural oasis, preserving between its walls and coffers Arab and Islamic history and civilization, suffered from the lack of financial resources, not to mention the need of the building and books for urgent restoration and renovation. To achieve that goal, the library continues to cooperate with Taawon, which in turn responded to the needs of the library, and believed in the significance of this place, which contains a large part of Arab heritage in the Holy City.

Dr. Khader Salameh, the Technical Director of the Khalidiya library says that, the restoration project is funded by the Arab Fund for Economic and Social Development and supervised and implemented by Taawon; it is divided into two components, a cultural component which is executed through the provision of sources of books and the development of library work, and the other is architectural, which aims to restore the historic library building. He extended his thanks to the Arab Fund for its generous support in preserving the library and developing its work. He also thanked Taawon which worked on restoring the building with high professionalism and contributed to the development of the library.

This support is very essential as it preserves human heritage that demonstrates the culture of the Palestinian society that is prevalent at the time; it also works to develop the assets for future generations to benefit from, as well as to help spread the library's manuscripts and rare resources.

On the architectural side, Taawon has developed an executive plan for the restoration of the Khalidiya library and its extension. According to Engineer Bashar Al-Husseini, Director of restoration projects at Taawon, the project was divided into three phases; the first phase included the main library building and is expected to be completed in September 2018. The second phase, which was completed and included the restoration of the main facade of the library, also contained elements of the architectural characteristic of five historical eras. As for the third phase, its implementation will begin at the end of 2018 to strengthen and rehabilitate the library supplement, which suffers from structural problems evident by several fractures and cracks. Al-Husseini explains that the renovation of Al-Khalidiya library is in accordance with international standards yet using traditional materials suitable for historical buildings and according to the requirements of the library. 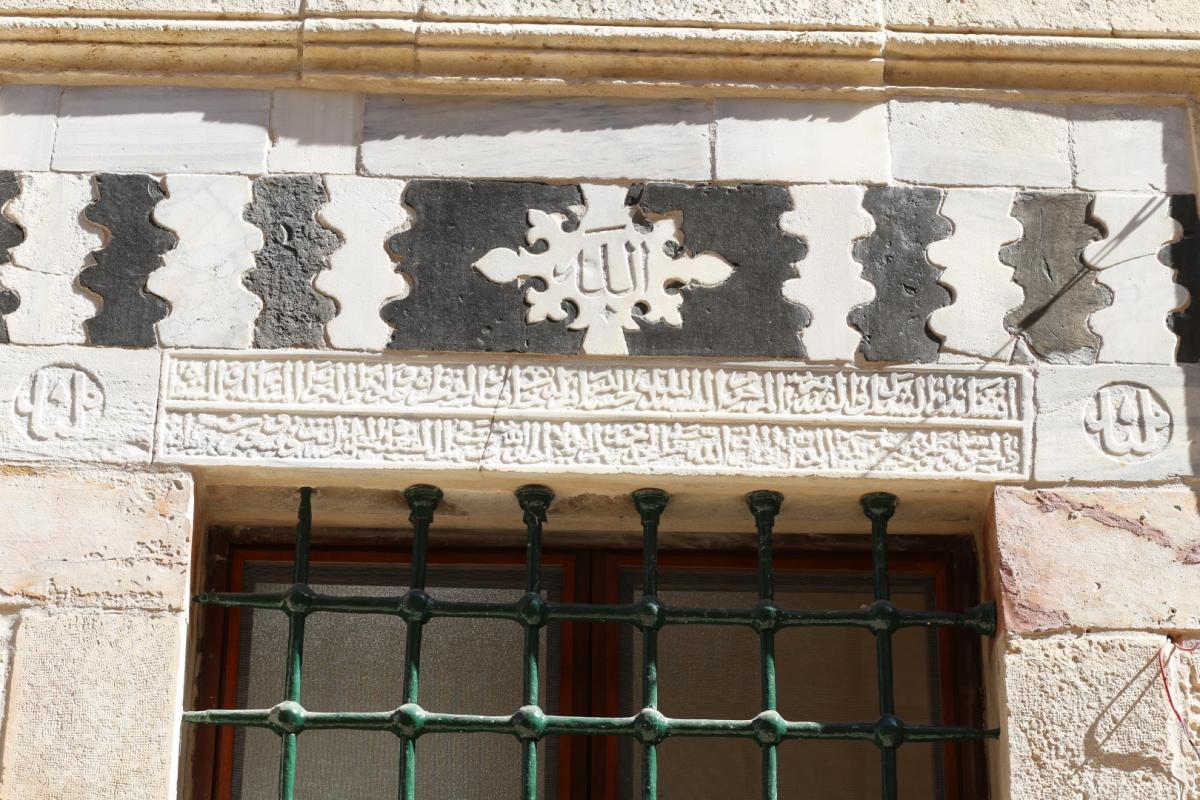 As for the cultural component, provided by Taawon, it includes the restoration of manuscripts, purchasing new books, producing displays and mobile shelves for books and manuscripts, as well as establishing an indexing system, and organizing the opening of the library in later periods to benefit any researcher interested in the history of Palestine in general and the history of Jerusalem in particular.

Dr. Salamah expressed his hope that the Arab Fund and Taawon would continue to provide support to the Khalidiya library as it is one of the city's precious treasures. He concluded: “The identity of Jerusalem is the identity of all Arabs and its preservation is the duty of everyone who respects and appreciates civilization, science, and culture.”