For my identity I sing 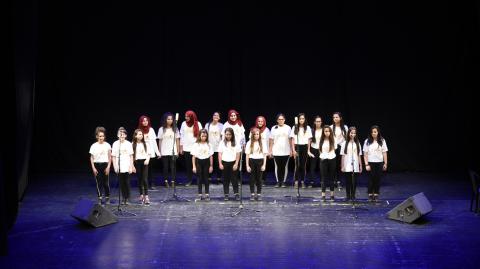 For my identity I sing

Mustafa, 14-years old student at Dar Al-Aytam School in Al-Thawri neighborhood in Jerusalem. Several months ago, he was one of the students who were known for their lack of discipline and commitment to the educational process. This situation turned when he joined the "For my identity, I sing" project which aims to strengthen the Palestinian cultural identity for students in Jerusalem schools.Mustafa became very engaged with the project and became more committed to the learning process, which was clearly reflected in his academic achievements. More importantly, during the program, he demonstrated a keen interest in music. The project motivated Mustafa's positive behavior as he was one of the most violent students towards people and objects. He used to bother his colleagues, the education staff and even the school's guests. 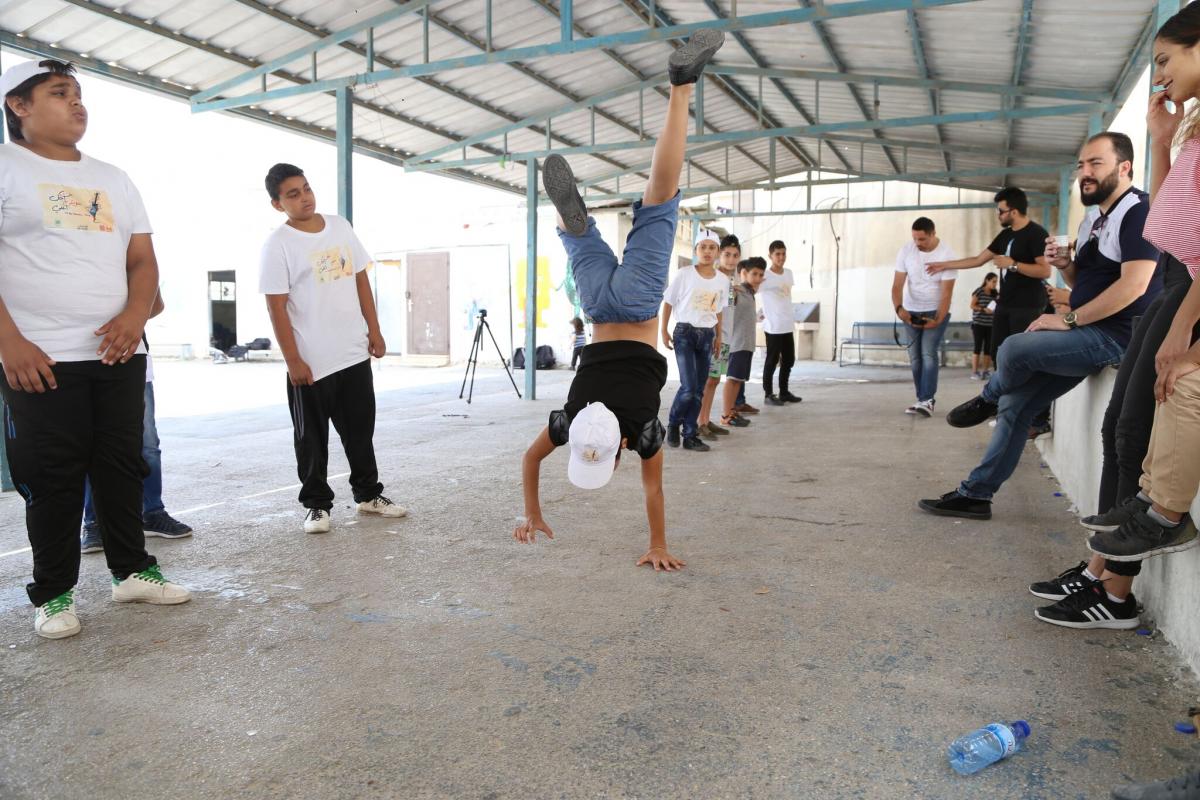 Today, Mustafa is confident in what he does, he found that he could express himself decently and treat others with respect. He no longer needs to prove anything to anyone; he became interested in expressing himself through rap music, which made the anger he used to experience almost disappear.

The Project Coordinator, Ms. Rawan Ghneim, said that "For My Identity, I sing" project aims to help the students form their personal and national identity and provides them with skills and tools which help them express their views on issues of interest to them, through different creative methods.

Through the project, 16 meetings for each group were implemented in three Jerusalem schools, which were attended by 58 students. In the cultural groups they formed, the students went through intensive training and each group produced a song from their own words. The project also worked on enabling and developing teacher and consultant abilities and skills for 24 public schools in Jerusalem in utilizing music and arts in different school activities. 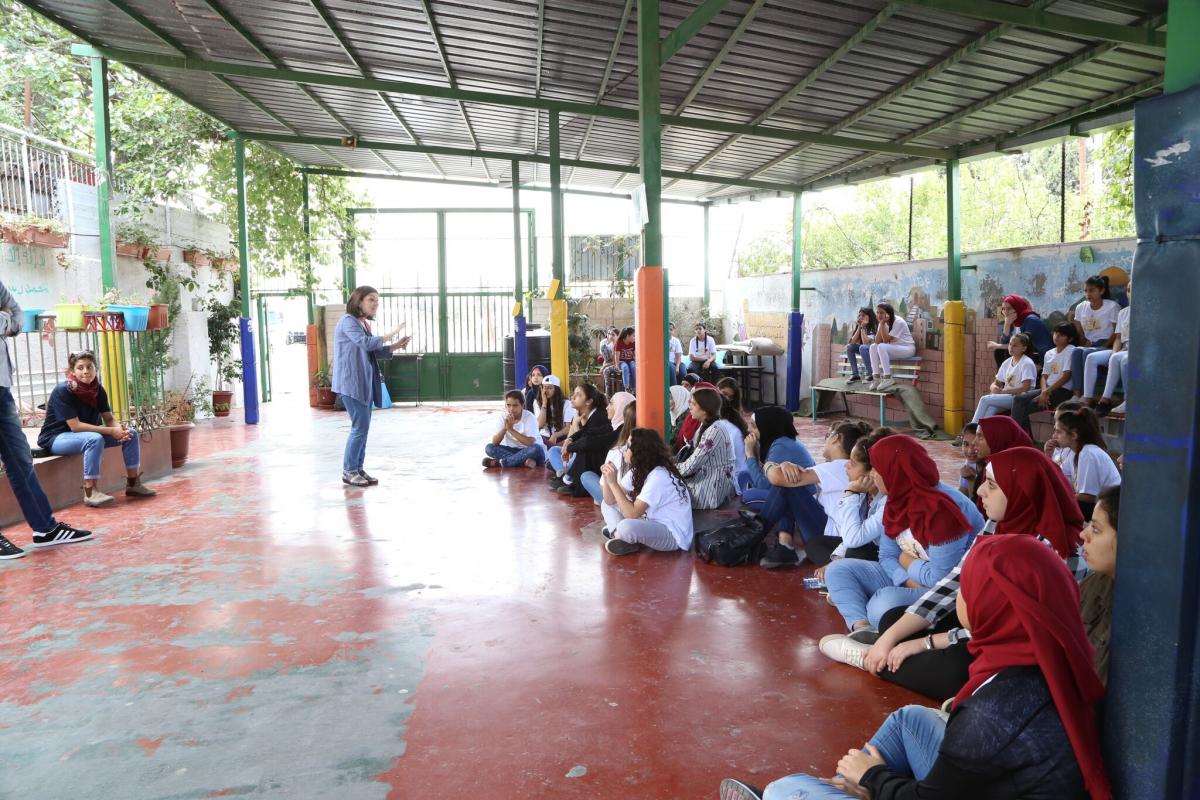 In addition, 24 teachers were trained in designing plans for free activities, art performances, and experimental applications. In the schools were teachers were trained, the project followed the implementation of activities and distributed 25 kits with materials used for art activities to these schools. Ms. Ghneim adds "The project affected students positively, as they have now a space to express themselves, increase their confidence, and discover the talents and skills they have been inside them, in addition to music education." 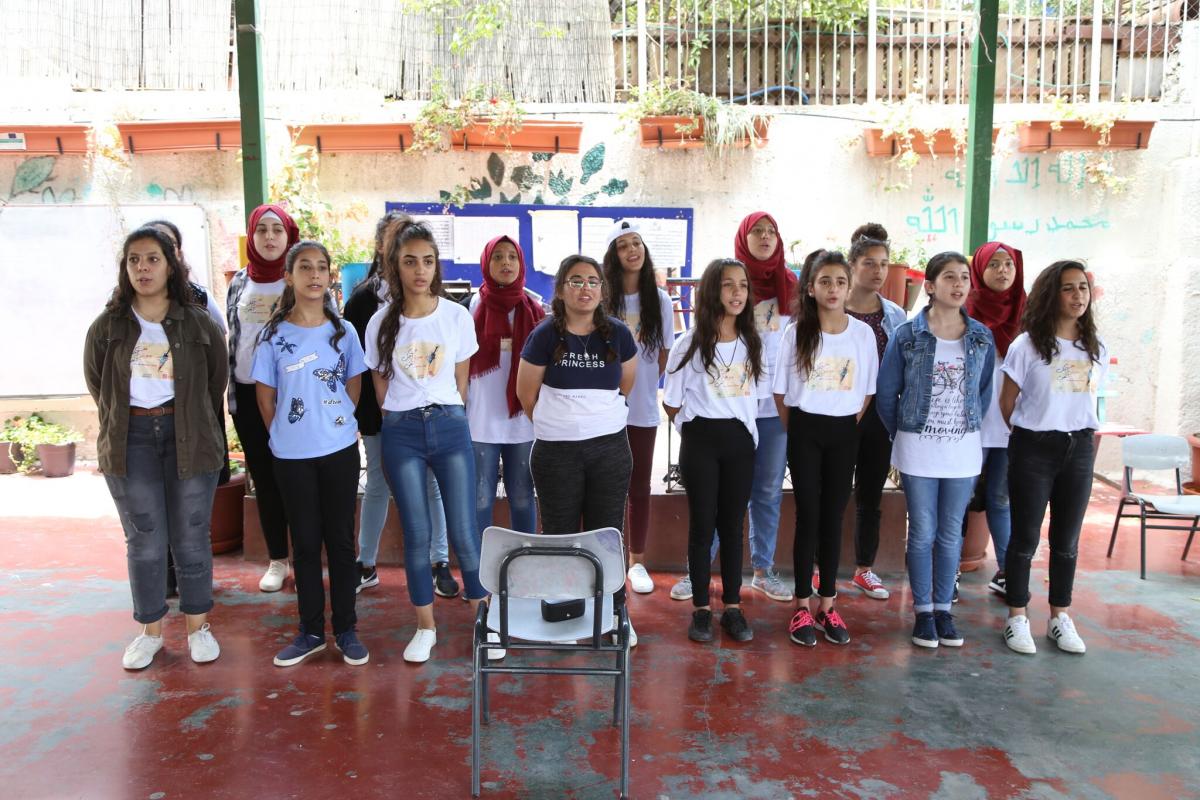 Ahmed Safadi, the director of Al-Aytam School, confirmed that he interacted with the project from its beginning, and he was very enthusiastic to join even though it was the first time the school dealt with a team specialized in teaching musical arts. He adds: "The students were able to form a collective song and sing it in front of the Parents' Council and during the school radio. This increased their confidence and reflected in their participation in different activities and they won the third place in the theater competition." He pointed out that regarding the current political situation of the Palestinian schools in Jerusalem; the students enrolled in the project proved the national identity through the national song.

Mr. Safadi continues: "Students want to continue this project, especially that private schools are distinguished from public schools with their extracurricular activities. I hope the project will be able to break the routine of the curriculum through new educational tools. 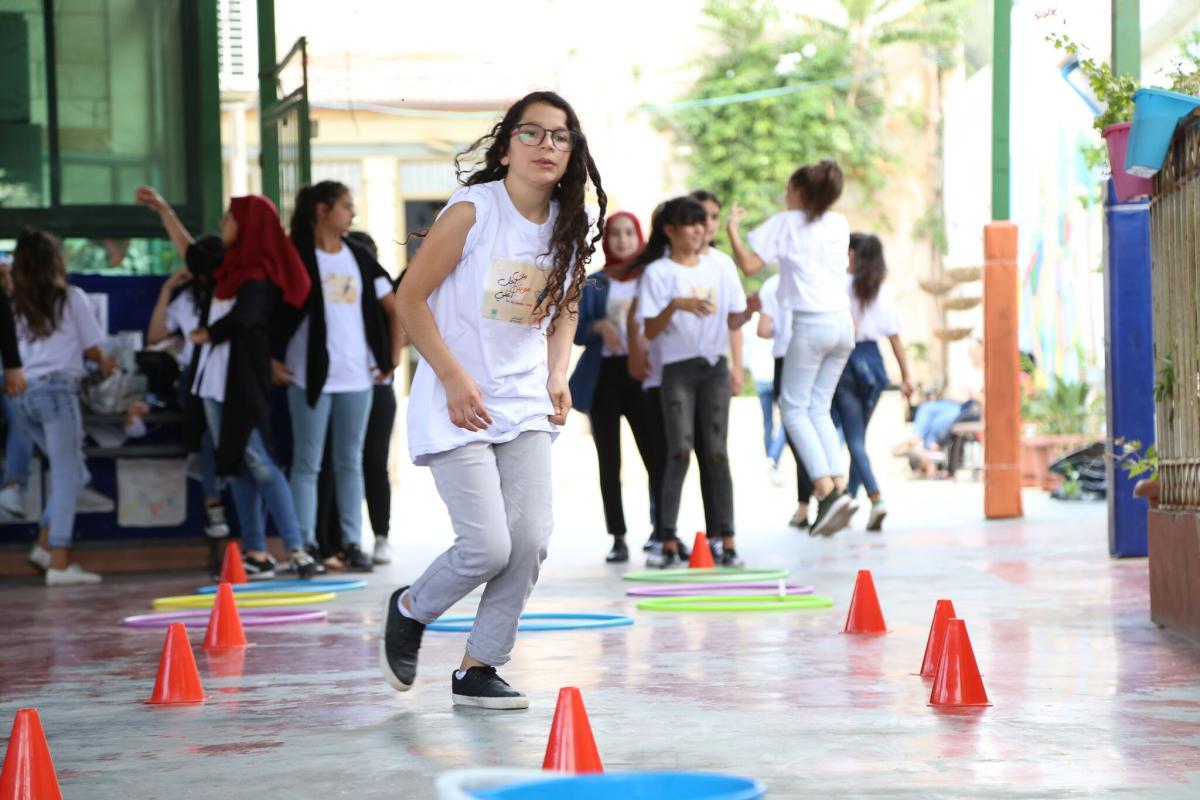 We thank the Arab Fund for Economic and Social Development; I appreciate the professionalism of "Taawon" in supervising projects. I hope that the experiment will be circulated to all schools so that the talents of young people can be developed.”

"For my identity, I sing" is implemented by "Al-Mada" organization in cooperation with the Ministry of Education, funded by the Arab Fund for Economic and Social Development and the support of Taawon.