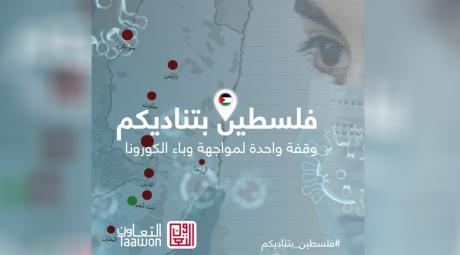 Taawon launched "Palestine Calling"campaign two-weeks ago as a response to the outbreak of Corona pandemic and the need for urgent action to support the health sector’s readiness. The campaign also aims to provide basic needs of food and health supplies for families who suffer from difficult living conditions, or lost their source of income in the Westbank including Jerusalem and Gaza strip.

In parallel, Taawon launched a " Together We Can " campaign to address the needs of Palestinian refugees in the camps in Lebanon. This campaign aims to provide the basic needs of food and health supplies, and seeks to reach more than ten thousand families living below the poverty line.

Yara Al-Salem, Director General of Taawon, explained that, “two weeks after its launch, the “Palestine Calling” campaign achieved half of its set goal, as it was able to mobilize funds worth US$ 3.7 million. As for the Lebanon campaign, it was able to mobilize approximately US$ 437 thousand out of its target of US$ 845 thousand. " noting the diversification of donors between Arab and Foreign organizations, in addition to Taawon members and its supporters from around the world.

Taawon has begun implementing an intervention plan within the two campaigns, and has started through its local partners, to distribute medical items such as medicines, consumables, and equipment for hospitals and ambulance centres, in addition to provide food baskets and purchasing vouchers in the West Bank, Gaza Strip and Lebanon. Al-Salem said, "To date, its interventions have reached about US $ 1,300,000, and have worked with 21 institutions, targeting nearly 63,000 beneficiaries directly, and 164,000 beneficiaries indirectly." And she confirmed, "The continuity of the campaign until after Eid Al-Fitr, where the assistance for the month of Ramadan has been linked with the campaign, giving the opportunity for individuals and institutions wishing to help to make their contributions through one campaign."

Al-Salem thanked all those who stood by Palestine and supported the campaign, calling on businessmen, individuals and institutions to provide more support to ensure that the campaign reaches the largest number of citizens and health institutions. She thanked all the partner institutions working together with Taawon side by side to face this crisis, which constituted a Palestinian portrait of humanity that the humanitarian for which humanitarian work and volunteering soldiers deserve all the praise and appreciation.

"It is worth noting that Taawon implements its development and relief projects within four main programs: education, culture, and community development, including youth empowerment and support for orphans, and the reconstruction of historical towns, in addition to the Palestinian Museum". 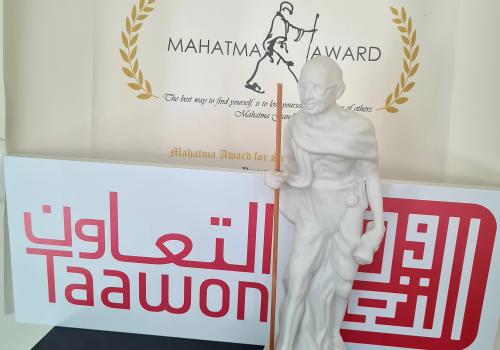 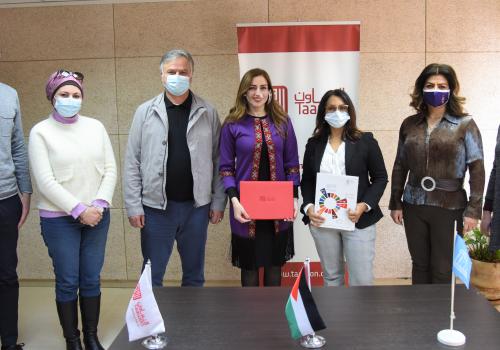