We dedicate this award in honor of our parents’ legacy and their everlasting aspiration in supporting Gaza’s civil society organizations. The award recognizes excellence of such organizations, particularly those who make a difference in improving much needed social service standards, and more importantly, enhance human development and perseverance of its people.

The Children of the late Ms. Falak and Mr. Abdel-Kareem Kamel Al Shawa

The Shawwa Award is dedicated to encourage excellence in civil society organizations based in Gaza, and in recognition of the valuable and key role that such organizations play towards contributing to Gaza’s development, and enhancing its peoples’ overall perseverance.

It is made possible through the generous contribution by the children of the late Ms. Falak and Mr. Abdel-Kareem Kamel Al-Shawa.

Gaza-born Falak and Abdul-Kareem Al Shawwa were married in 1954. Amidst upheaval in Palestine, Abdul-Kareem moved to Kuwait in 1948, pursuing job opportunities, where he first established a career serving in the oil industry and then formed a number of successful entrepreneurial initiatives and businesses.  He was later met by Falak in mid-1950s

Mr. Shawa devoted a great amount of his time and resources towards development efforts in Palestine and tirelessly supporting fellow Palestinians in Kuwait. He was also one of the founding members of the Welfare Association.   Mr. Shawa passed away in 1991 at the age of 66.

Mrs. Falak worked energetically in support of philanthropic foundations in Gaza and continuously maintained her charitable work in Kuwait as well.  She was one of the founders of the Palestinian Women’s Association in Al-Ahmadi, Kuwait. Mrs. Falak passed away in Gaza in 1972 at the age of 39.

Their children, Nora, Omar, Jawdat and Haya, continue to follow their parents’ footsteps, through engaging with the Welfare Association. They have wholeheartedly decided to establish the WA Gaza Award in honor of their parents’ legacy, and their devotion to Palestine. 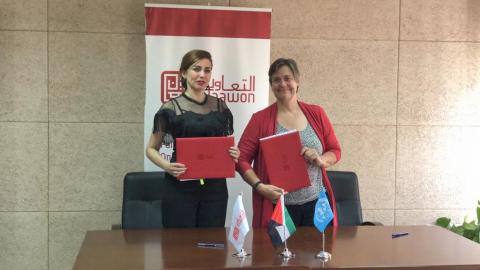